Henning Basse is one of the best and most successful singers in the Rock/Metal scene. He’s been touring with bands like Brainstorm, Firewind and Gamma Ray all over the world. His band Metalium was one of the biggest names in the European Metal scene for over ten years. With his new band Sons Of Seasons he already released two highly successful albums and toured with them alongside bands like Epica, MaYaN, Doro, Rage and Kamelot throughout Europe. Henning Basse started singing at a very young age at the children’s choir of Lüneburg, later on he had professional training for classical singing. He soon discovered that his true love was Hard Rock and Heavy Metal, so he joined various Lüneburg based bands like Bad Obsession, Bourbon Street and Errantry. At the same time he helped other bands with songwriting, or he provided backing vocals for them in the studio. Through his performances with the Iron Maiden Tribute Band in Hamburg, he started to collect important contacts in the local music scene, like Henjo Richter, Lars Ratz or Kai Hansen. Alongside the Iron Maiden Tribute Band, he also sang for the Rainbow tribute band „Catch The Rainbow“ together with other well-known musicians like Henjo Richter, guitars (Gamma Ray), Ulli Kusch, drums (ex-Helloween, Masterplan), Jens Becker, bass (Grave Digger), axle Mackenroth, keyboards (Masterplan). Through Gamma Rays’ Dirk Schlächter Henning Basse got in contact with Brainstorm, one of the most important and successful German Metal bands. He then joined them on their European tour as support for Iced Earth. Lars Ratz, who wasn’t only a musician, but also owned a booking agency, was so impressed by Henning Basse’s singing talent that he decided to build a new band around him. Chris Cafferey (Savatage) and Mike Terrana (Yngwie Malmsteen) were very interested and so it was up to Henning Basse to decide what to do – singing full-time for Brainstorm or concentrating 100% on this new project. He chose the latter: Metalium was born! Metalium released their first album in 1999, which became the most successful Heavy Metal debut album of the year. On top of that Henning Basse was titled „Best German Rock Singer of the Year“ by the famous „Rock Hard“ magazine. Everybody talked about Metalium and they toured through Europe and the US. Through Chris Cafferey Henning Basse got into contact with producer Paul O’Neill and was invited to New York for a Transiberian Orchestra audition. O’Neill was hugely impressed with Henning Basse’s voice and they are still in contact. Henning Basse was also one of only three singers who were tested to replace Zachary Stevens in Savatage. In the end the geographical distances made a collaboration too difficult. Throughout the last twelve years, Metalium established themselves in the European music scene. They released nine CDs and two DVDs, which gained world-wide attention. Alongside his work as a singer, Basse also works as a vocal coach since over 10 years and runs his own vocal studio in Lüneburg (http://vocalbase.henning-basse.de). Since years till these days Henning is touring with several cover bands like legends of rock or rockford. The year 2007 was a very eventful year for Basse, since he went on a world tour with Greek metal band Firewind (feat. Gus G, guitar player of Ozzy Osbourne). During this tour he learned to know Oliver Palotai (Kamelot) and shortly after joined his new band Sons Of Seasons on vocals. In 2008 Henning Basse temporarily joined Gamma Ray on vocals to sing during their Spain tour, since Kai Hansen became ill and the tour was on the brink of falling apart. After the era of Metalium came to an end, Henning Basse now concentrated mainly on his band Sons Of Seasons. The debut album „Gods Of Vermin“ was released in 2009 and gained high praise from the critics worldwide. Then it was time to play the songs live and Sons Of Seasons toured with bands like Doro, Rage and Epica through Europe. „Magnisphyricon“ the second album of Sosn Of Seasons was released in April 2011. Again it got the highest scores from the critics around the world. A couple of weeks later they toured with Kamelot and MaYan to present the new songs to their fans. The debut album of Mark Jansen’s band „MaYaN was also released in spring of 2011, which features Henning Basse as guest singer and proves again the versatility and uniqueness of his voice. Hes been touring with Uli John Roth ( scorpions ) all over europe and usa in 2013. new aperriances on shows and records : eypsode via afm records lingua mortis orchestra feat. rage via nuclear blast. 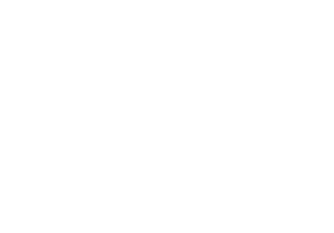 We use cookies on our website to give you the most relevant experience by remembering your preferences and repeat visits. By clicking “Accept All”, you consent to the use of ALL the cookies. However, you may visit "Cookie Settings" to provide a controlled consent.
Cookie SettingsAccept all
Manage consent

This website uses cookies to improve your experience while you navigate through the website. Out of these, the cookies that are categorized as necessary are stored on your browser as they are essential for the working of basic functionalities of the website. We also use third-party cookies that help us analyze and understand how you use this website. These cookies will be stored in your browser only with your consent. You also have the option to opt-out of these cookies. But opting out of some of these cookies may affect your browsing experience.
Necessary immer aktiv
Necessary cookies are absolutely essential for the website to function properly. These cookies ensure basic functionalities and security features of the website, anonymously.
Functional
Functional cookies help to perform certain functionalities like sharing the content of the website on social media platforms, collect feedbacks, and other third-party features.
Performance
Performance cookies are used to understand and analyze the key performance indexes of the website which helps in delivering a better user experience for the visitors.
Analytics
Analytical cookies are used to understand how visitors interact with the website. These cookies help provide information on metrics the number of visitors, bounce rate, traffic source, etc.
Advertisement
Advertisement cookies are used to provide visitors with relevant ads and marketing campaigns. These cookies track visitors across websites and collect information to provide customized ads.
Others
Other uncategorized cookies are those that are being analyzed and have not been classified into a category as yet.
SPEICHERN & AKZEPTIEREN